We are at the week 10 already! Here is a quick recap of the week that was.

Go read about the challenge

In case you had missed liking our page – shoosh do it right now! Our FB page is here 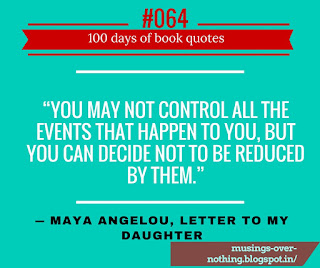 064
“You may not control all the events that happen to you, but you can decide not to be reduced by them.”
― Maya Angelou, Letter to My Daughter 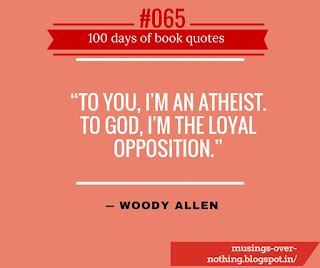 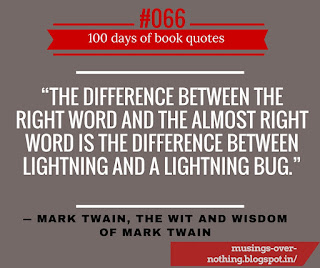 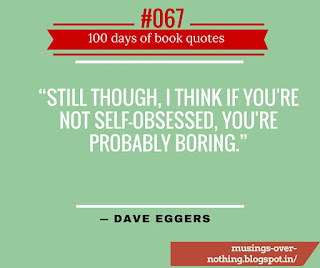 067
“Still though, I think if you’re not self-obsessed, you’re probably boring.”
― Dave Eggers 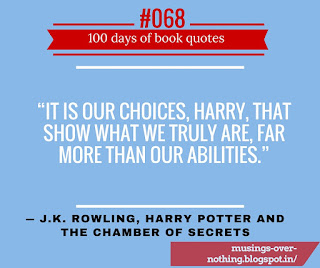 068
“It is our choices, Harry, that show what we truly are, far more than our abilities.”
― J.K. Rowling, Harry Potter and the Chamber of Secrets 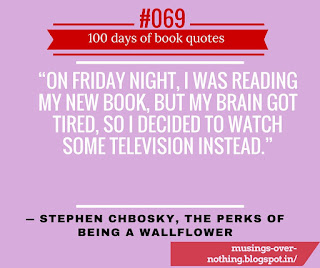 069
“On Friday night, I was reading my new book, but my brain got tired, so I decided to watch some television instead.”
― Stephen Chbosky, The Perks of Being a Wallflower 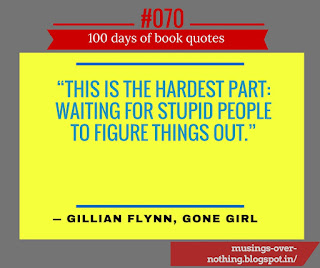 070“This is the hardest part: waiting for stupid people to figure things out.” ― Gillian Flynn, Gone Girl