Back to the routine. Here is our round  up the week’s quotes and hey we are close to the 100th day. Yippie.
Wondering what is the series about?

Go read about the challenge

78
“That’s the whole point of life, you know? To meet new people.”
― Sherman Alexie, The Absolutely True Diary of a Part-Time Indian 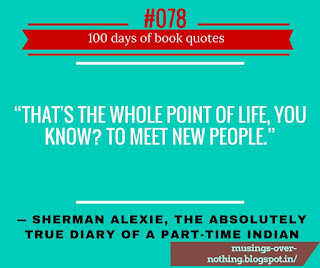 79
“[T]he time your friends need you is when they’re wrong, Jean Louise. They don’t need you when they’re right”
― Harper Lee, Go Set a Watchman 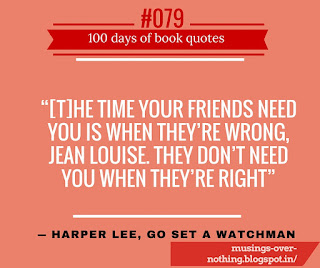 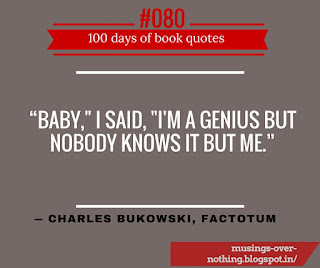 81
Whenever somebody tells me to do something my instinct’s always to do the opposite. It’s got me into a lot of trouble, but I’ve had a lot of fun.”
― John Updike, Rabbit at Rest 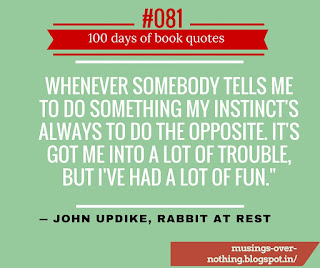 82
“I know
you and I
are not about poems or
other sentimental bullshit
but I have to tell you
even the way
you drink your coffee
knocks me the fuck out.
Clementine von Radics 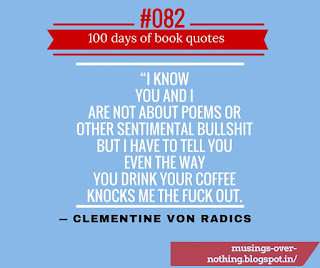 “What you burnt, broke, and tore is still in my hands. I am the keeper of fragile things and I have kept of you what is indissoluble.” 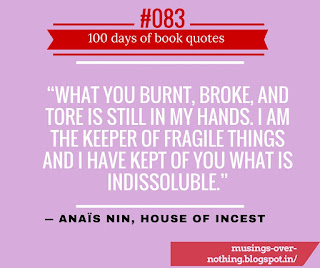 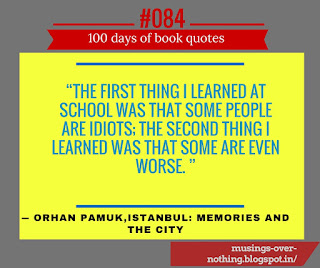